The big focus today was the opening ceremonies.
First on the agenda was confirming who wanted to go.
It was absolutely fantastic that the COC had enough passes so that all of our guys who were on Mexican soil could attend the ceremonies if they wanted to, including the grooms!

Although it can be a bit of a tiring process attending the ceremonies, it’s also an incredible experience…and Tom Dvorak, Tina Irwin, Roberta Byng-Morris, Sandra Oxtoby, Annie Richard, Dr. Alan Manning, Tina and myself all attended and took in the festivities.

Because security is continuing to tighten up every day (there was a military helicopter drive-by over the Country Club today), Tina and I made a special trip down to the Village to pick up everyone’s parade passes….and also any clothing which some people had to have altered.

Then back to the country club to hand out the passes, deliver clothing, quickly take a few snaps of our horses so smartly turned out for the practice jog (real one tomorrow at 9am). Then back to the hotel to change into the official opening ceremony gear and head back down to the Village.

I have to admit, we did feel a bit like dorks completely decked out in our Canadian gear with long black shorts and maple leaf flag tattoos on our cheeks holding light-up flags (thank you Craig! they were a huge hit!!)…..but we certainly got a lot of high fives and ‘We love Canada’ as we made our way to our car. (We also got “We love Justin Beiber”….but we did our best to ignore those ones).

Since we arrived early at the Village, we took the opportunity to take a tour around, checking out the residence, gorgeous pool area..and trading pins!! Opening Ceremony time is the best time to build up your pin collection. I was over the moon to finally score a Haiti pin!!

We then gathered at the Canada building, where chef de mission Jacques Cardyn and asst. chef Curt Harnett (husband of 2010 WEG dressage team rider Vicki Winter) gave a rundown of what was to come and got the troops pumped up.

The Mexican outfits were by far the best….and they were the rowdiest there continually breaking out into song and football chants complete with guitars.

In fact, most of the South/Central American countries had terrific chants…I think that’s because they were mostly football chants and football (aka soccer) is still just catching on in a bigger way in Canada.

Fortunately for those Games, it was just a short walk to the stadium. This saved a lot of time and comfort as usually you are packed into buses.

Walking into the stadium is such an incredible experience It really makes you feel that you are part of a much bigger event, instead of just being at a horse show. Seeing all the countries there, the huge cheers as you walk in, the thousands of people packed into the stadium….it’s incredible!

The show Mexico put on was fantastic, capped off with the lighting of the Pan Am flame which now burns brightly at the top of the stadium for the duration of the Games.

And the funniest part was leaving the stadium to the tunes of Shania Twain and Rush. 🙂

Gotta hit the hay as tomorrow is a big day with the Dressage jog in the morning, and the Eventers arriving in the afternoon. Then there will be 2 teams on the ground at 2 different venues. Better eat my wheaties tomorrow!!

I’ll leave yo with some pics. 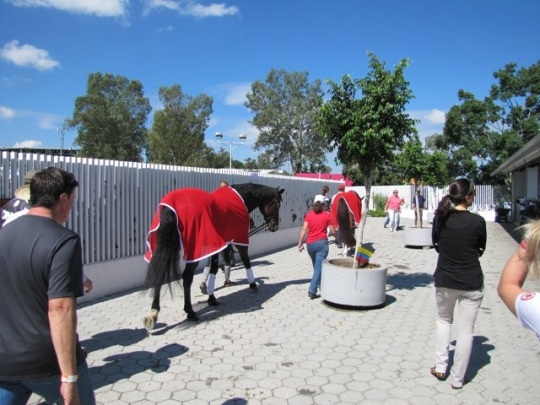 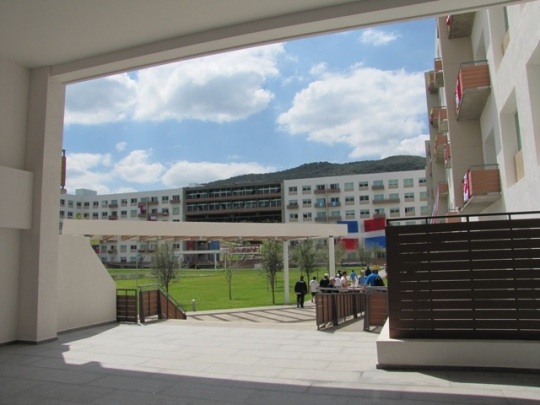 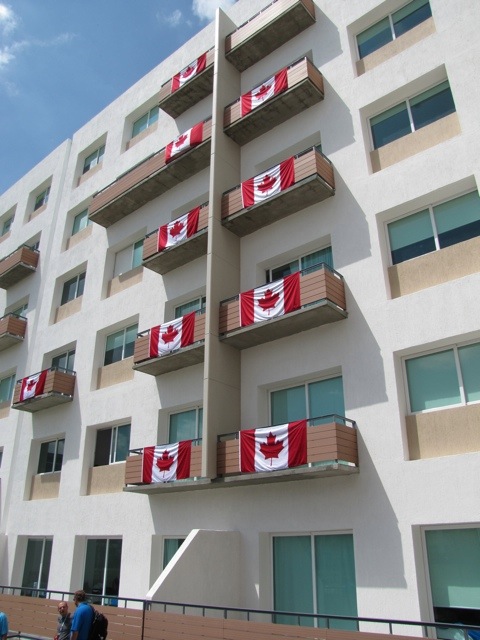 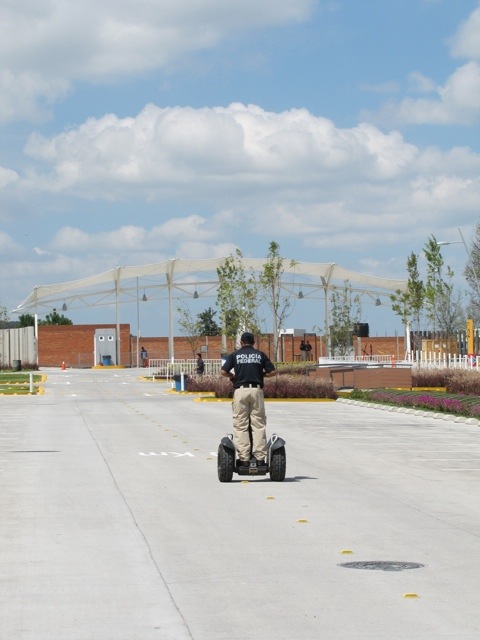 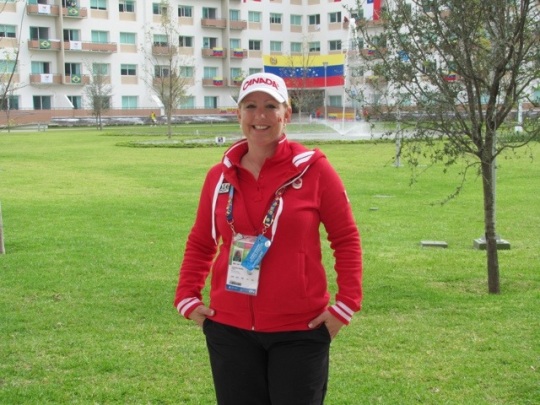 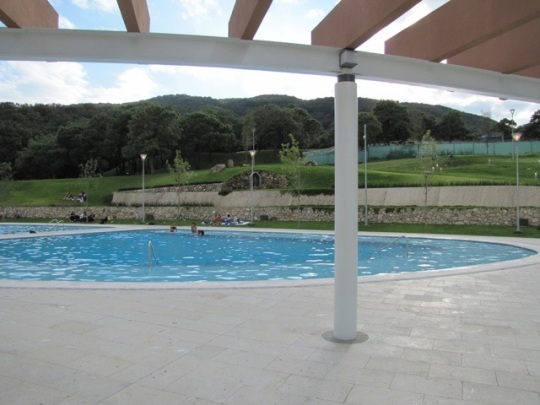 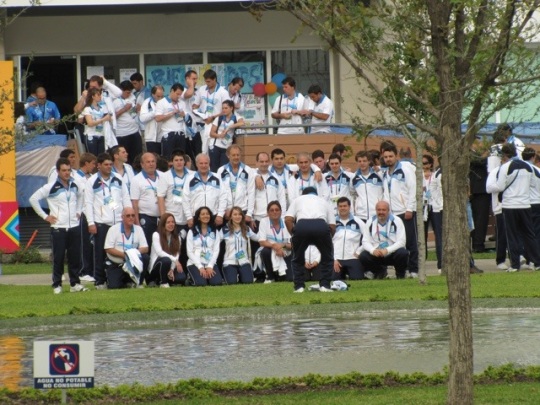 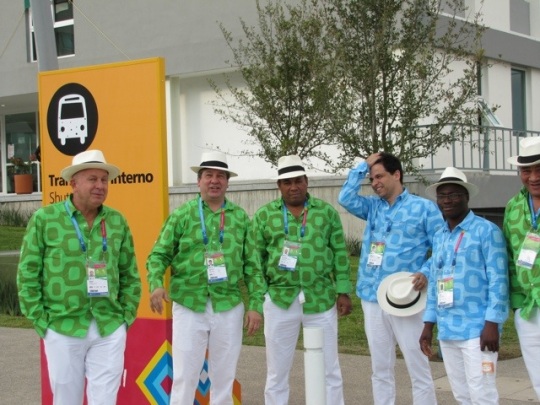 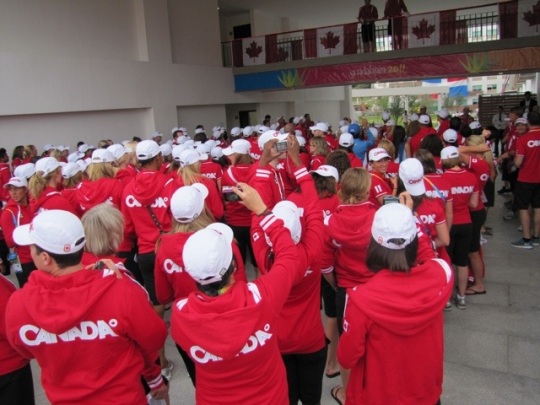 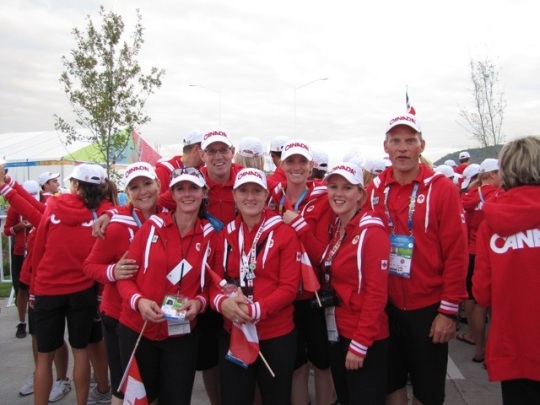 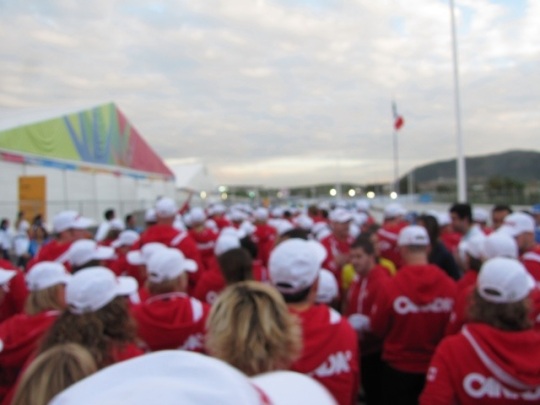 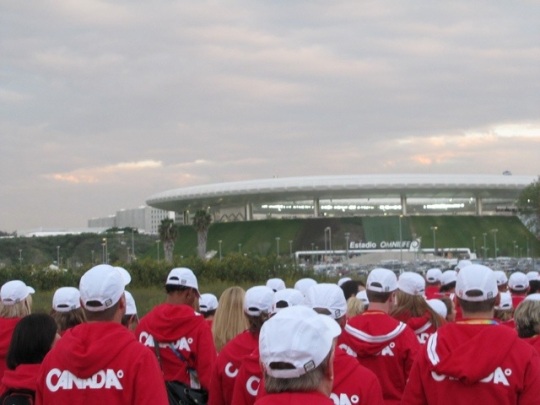 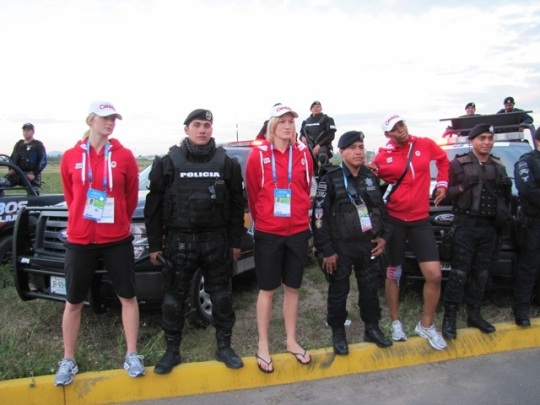 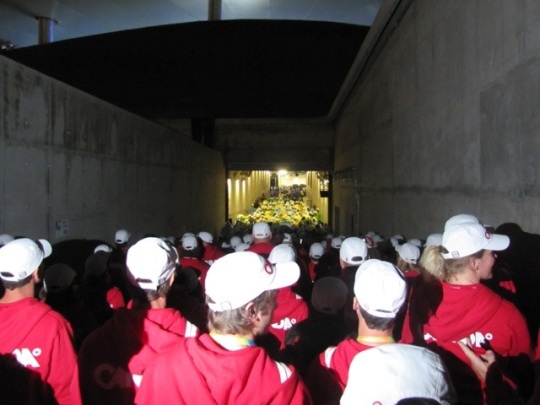 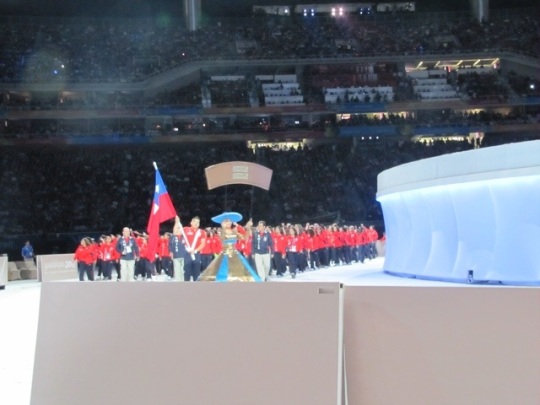 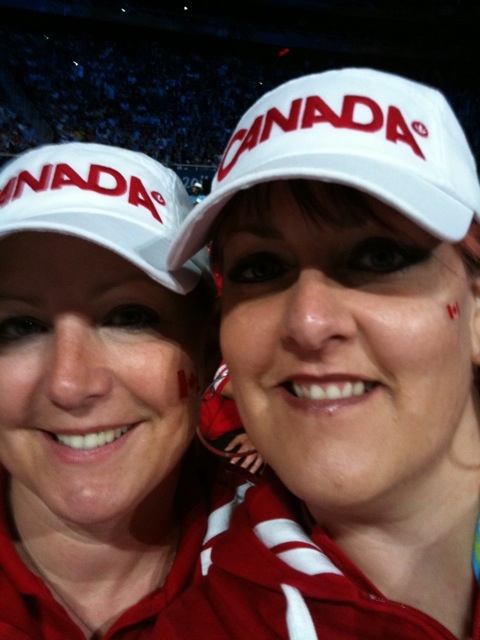 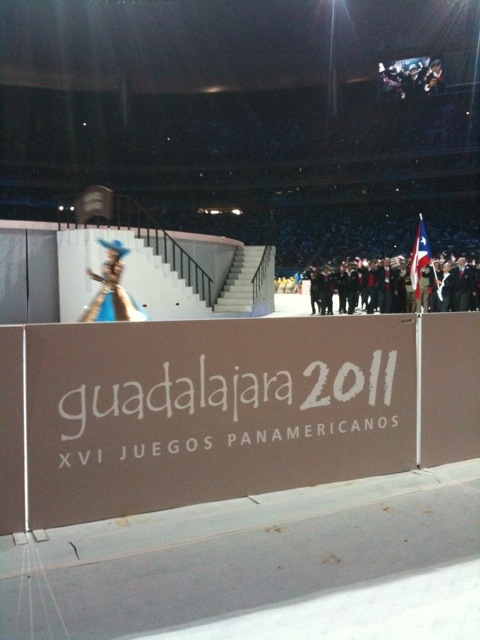 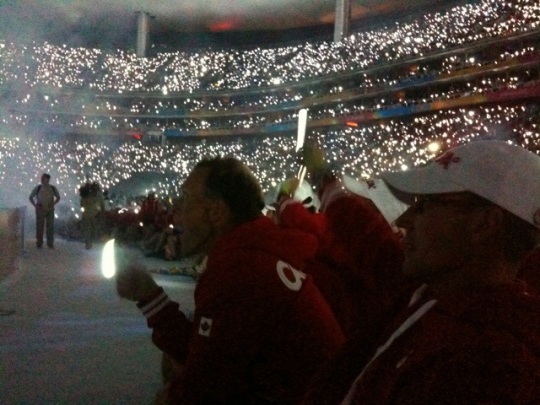 Gettin’ our Canada on