Yesterday was the first full day of competition for Reining, Dressage and Para-Dressage….and the heavens opened up to greet us with extremely watery & cold open arms.

But no way was that going to dampen people’s enthusiasm.

Tina and I spent the previous night working on our schedule for the next day. It goes without saying that trying to work with 3 different venues simultaneously is a sport onto itself.

Sadly, we couldn’t foresee the traffic accident that happened on our way into Caen, which meant that we missed our first Reining athlete by about 5 minutes. But chef Lyne was able to fill us on on what we missed, which was a solid run by Josiane Gauthier who was the trailblazer for the Canadian Reining Team. Thankfully we did get to see Lisa Coulter’s run in the afternoon. With the exception of a slight bobble at the very start, Lisa also looked very solid.

Next it was packing everything off, running to the car in the rain to get to dressage venue where David Marcus was busy preparing. We had already heard of Karen Pavicic’s personal best that morning, so spirits were certainly maintaining the high that Dressage has had since their training camp.

After finding our “herd” in the National Federation seating section, it was a bit unnerving to see just how much water was sitting on the surface of the footing in the main competition stadium. And I think it may have actually started to rain a wee bit hard when David and Chrevi’s Capital emerged from the “chute”.

But any butterflies we have had quickly vanished when he started his warm-up around the ring. The pair looked completely at ease and laser-focused on the task at hand. Although it’s unfortunate they had that break in the extended trot, it was so fantastic to see that it didn’t seem to phase either David or “Capi”. They completely shrugged off that one mistake, and got their head back into the game immediately….the irrefutable sign that they contenders on the world stage.

Sadly we had to then leave dressage once David’s ride was done to make our way onto our next stop – Para Dressage.

We were greeted in the stable area by the ever lovely Roberta Sheffield who were the pathfinders in the morning. Roberta filled us in on her ride, and we then made our way to the main competition area so we could watch Ashley Gowanlock.

The rain was still coming down, and I have to admit that it surprises me that the FEI don’t mandate that Para competitions at the international level must take place in a covered arena (like Reining and Vaulting). Not that it slowed down Ashley, who put in a lovely elegant test. 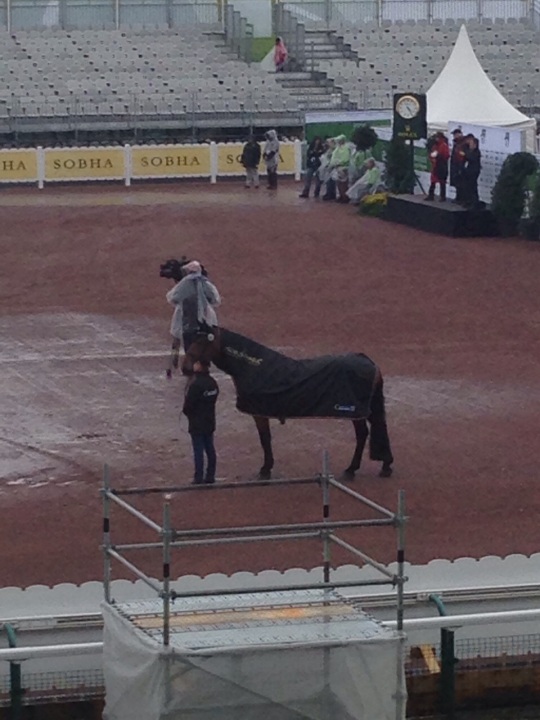 what an awesome companion horse…..looks like he was studying the entire test

There definitely were a few surprises while at Para. One being the seating area…..which is essentially sitting on hard concrete blocks. The other was hearing the solution to helping drainage in the warm-up rings (which were quickly gather water). While some Para athletes were training, some venue volunteers fired up chainsaws to make holes in the ring sideboards. Yes. That’s right. Chainsaws right beside the Para riders. All I can say is those Para athletes are fierce!! I can’t even imagine the fall-out had that happened at the Dressage or Eventing venue 🙂

With all the rides done for the day, Tina and I were looking forward to finally grabbing something to eat before attending the 8:00pm Chef de Mission meeting. That’s when we learned a very valuable lesson. Restaurants in Caen don’t open until 6:30pm or even 7:00pm. Anywhere. And we drove, and drove and drove around Caen. Given that we only a baguette several hours earlier, we were famished. And cold. And wet. Suffice to say we were generally very disheveled with stomachs grumbling. After driving around town, we gave in and simply drove to our meeting area to forage for whatever we could find in our knapsacks.

It did however give us the opportunity to chat with some of the Organizing Committee Accreditation folks, who finally have some breathing space now that the first initial crunch of team arrivals are over. And our package of cookies (that I was excited to find in one of my many bags) was a great hit with other Chefs de Mission who arrived early and likewise also hadn’t eaten. Lesson of the day: Make sure to work in restaurant opening times into our daily schedule! (and pick up a carton of cookies to keep in the car)

And on that bombshell….. till the next blog.

our reward after a long, cold, rainy day

I can’t believe 5 days have already flown by and this is my first blog post.

I was hopeful that today would finally be the day where I could steal a few moments and write up a terrific first post. Instead, it’s 1 am and I’m only managing to write a few words so I can grab a few hours sleep before another busy day.

The first few days are always very hectic as we get ourselves oriented, pick up all our materials, and chase down anything which is missing/not set up/ promised but not yet delivered / not what we anticipated. Let’s just say that while having a Plan A is very important….it’s equally important to have a Plan B, C and D.

Tina and I are excited for our teams and their first day of competition. So I’ll leave you with a few photos and the promise of a proper blog post tomorrow.

our “cozy” room for the next 21 days. Good thing Tina & I get along really well! 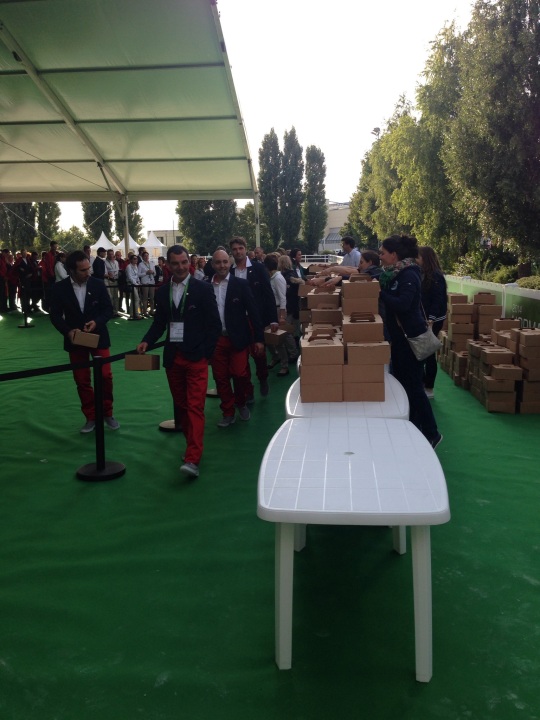 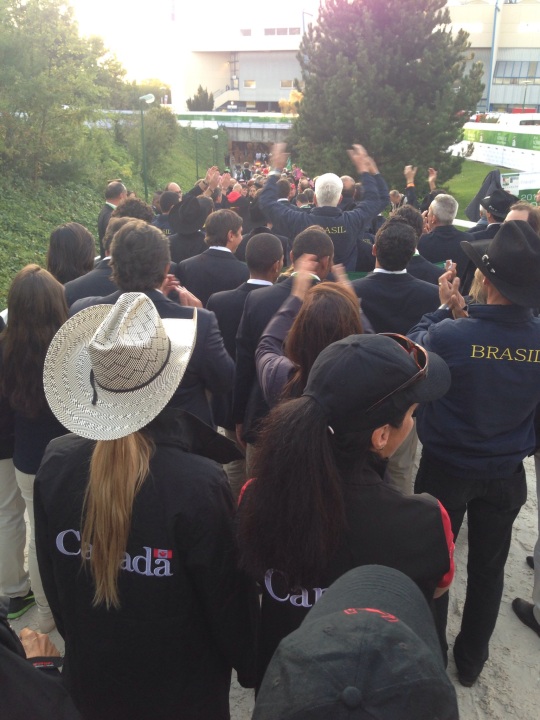 getting herded to the big stadium

Leanna (Endurance) & Josiane (Reining) are the trailblazers for Canada.

time in the big ring for dressage 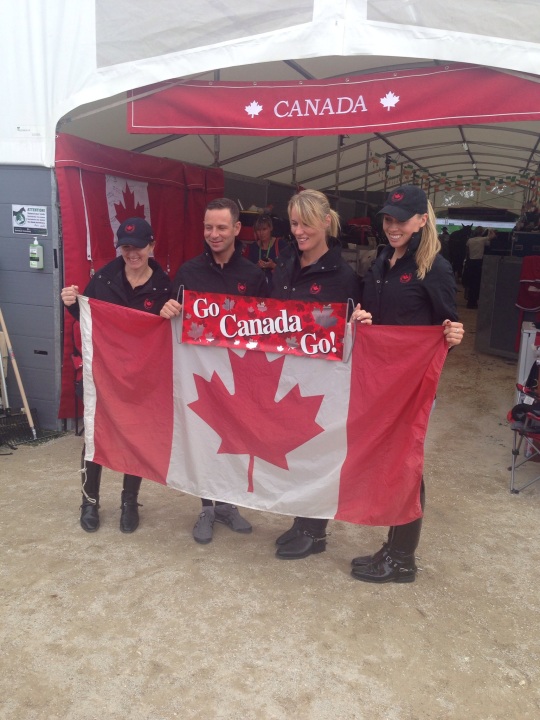 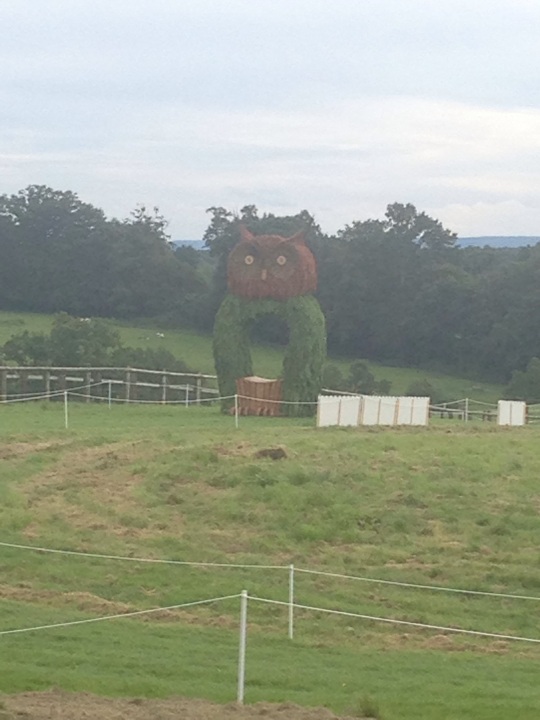 I can hardly wait until cross-country day !!

It’s now becoming very real that I’ll be leaving in just a couple of days for Normandy. 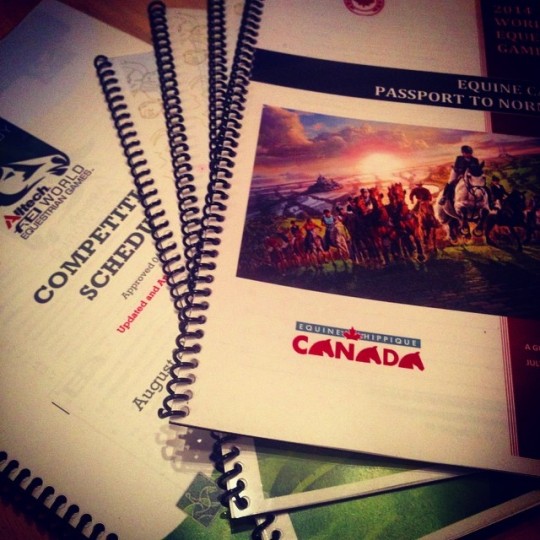 ….getting all the paperwork together

Emails are still coming in fast & furious from the Organizing Committee (OC) with information, including the Opening Ceremonies which are being held Saturday August 23rd. A great change from the last WEGs is that all Accredited support staff can now march in the nations’ parade. This is especially terrific for our Grooms and Owners who are such critical components to our Athletes’ successes, but too often are in the shadows.

By now you’ve likely heard/read the announcements for all of our 7 teams who will be representing the maple leaf with pride in Normandy (www.equinecanada.ca/2014weg)

Equine Canada has outfitted the teams with some great gear. In particular, I’m looking forward to wearing my new Tipperary shades and Roots polo shirts! 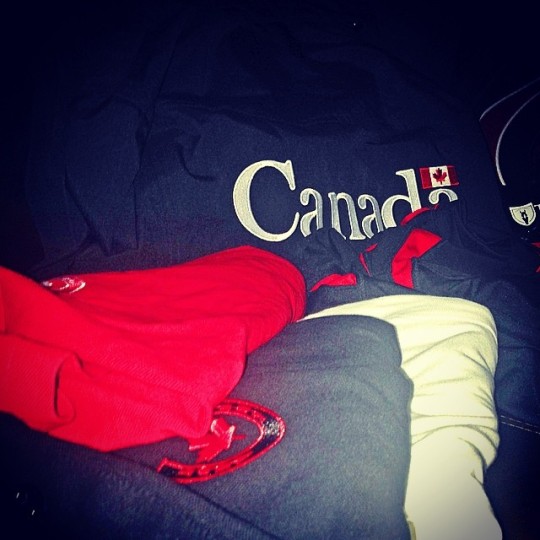 I’ll have to cut this blog off very short in order to tackle the enormous To-Do list.

Keep watching this space for “behind the scenes” updates of one Chef de Mission’s journey with the Canadian Equestrian Team.

#Repost @equestriandigitalmarketing ・・・ 📣You’re invited!! An open invitation to be a part of a community of like-minded people who are eager for their businesses to THRIVE and make a POSITIVE IMPACT for their customers & clients through the use of digital marketing. Think Facebook, Instagram, email lists, setting up ad campaigns etc. . I’ve put together this special Facebook group to share helpful tips & tools that are easy to implement, and have a safe & supportive place to ask questions and benefit from others' experiences and challenges all within a private setting. . You don't (and shouldn't) have to struggle alone! Hope to see you in there 😄 . Link to group is in the bio 👉 @equestriandigitalmarketing
Am I quarantining right? . . #quarantinebaker #bananabreadheaven #newsidehustle #curbsidepickupavailable #becomingjulia
👆👆👆👆
Happy 22nd everyone! #cornettotrilogy
🎉Friday!🙌 #Repost @equestriandigitalmarketing ・・・ Am I the only one who gets ridiculously excited about Fridays? So much hope & promise ahead for the weekend to recharge the creative juices, and spend time with friends. Enjoy a great one! #tgif #weekendvibes #fridayfeeling #equestrianmarketing #marketingconsultant #horsebiz #horsebusiness #horses #equestrian #equestrianmarketingagency
On this day in history (March 24th, 1984) John Bender, Claire Standish, Andy Clark, Brian Johnson and Allison Reynolds all had detention together. #BreakfastClub #feelingold #anathlete #abasketcase #aprincess #acriminal #abrain