Yesterday and today were pretty quiet days. Went to the New Town Plaza to pick up the rest of the sim cards for the phones that the riders, grooms and support staff will be using to stay connected during the games. Enjoyed an absolutely delicious lunch of beef regahn (sp?). Prices here are incredibly good. Lunch for 2 including soft drinks came to approx $18 Canadian dollars. I decided to be a bit adventurous (for me) and walked back to the hotel from the mall. I did a bit of exploring of the Sha Tin Park, then walked across the bridge over the Shing Mun River. Only took about 15 mins although the heat was pretty intense. 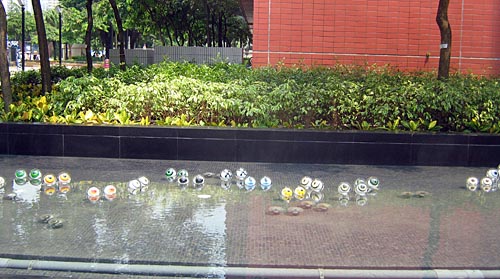 fountain by the mall......yes, those are eyeballs

Today was another quiet day. Met with the hotel’s catering director to organize the final details on a Welcome reception that is being held for the Canadian Team August 5th. I love the food here and can’t wait to try the spicy fish cakes and satays! In the afternoon, Mike and I travelled to Hong Kong Island to meet with members of the Canadian Consulate who will be holding a special reception in honour of the Canadian Equestrian Team. Their office offered a fantastic view so I’ve posted a few pictures here. Today is apparently the hottest day on record (34 but feels like 50…..that’s not a typo either!), with also record smog as is evident in the photos. The ‘very hot weather warning’ remains in effect. The next few days are supposed to be rainy so hopefully that will cool things off a bit and won’t produce a sauna effect. I think the Eventers are planning their first day of riding tomorrow as their team coach, David O’Connor, arrived last night. 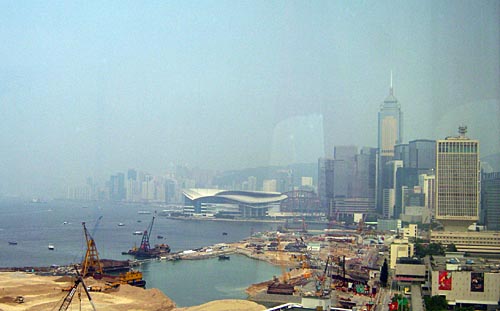 the building on the left was used to shoot an action scene in the latest Batman movie "Dark Knight". Sadly, I did not see Christian Bale. 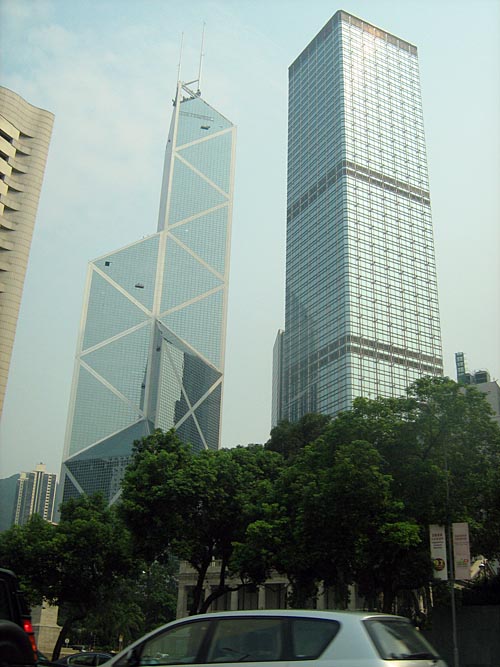 botanical version of the Olympic rings