Today the focus was back in the main arena for Eventing’s Showjumping phase.

The day started with the horse inspection. You can bet that the grooms worked hard through the night and early morning horses to help their horse’s recovery from that oh-so-tough cross country course.

Of course our Canadian horses looked bright-eyed and spiffy, and all 3 passed with flying colours.

Jessie & Blue Eyes heading out to the Inspection 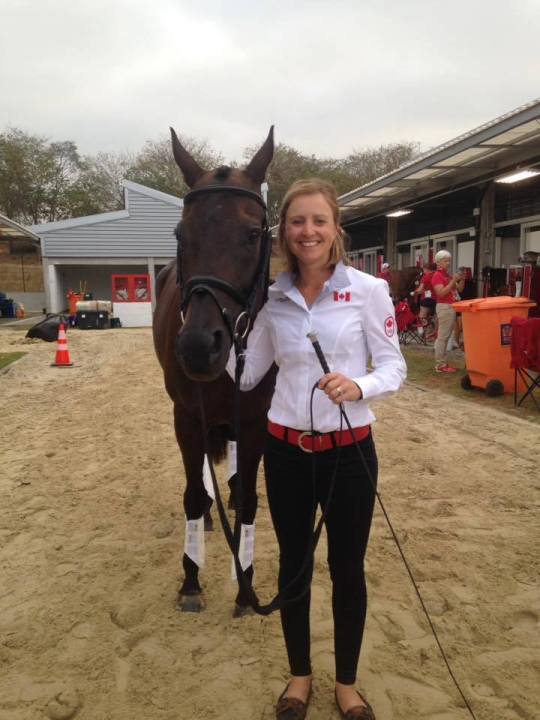 Heading on down to the main stadium 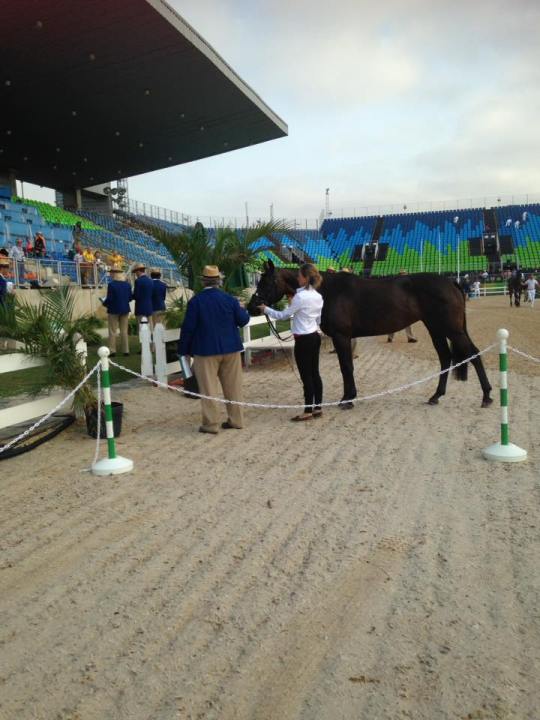 Colleen and Qorry were the first Canadians to go into the ring. As always, they looked cool as a cucumber and methodically worked their way through the course. Although they did pick up 4 faults for 1 rail, this pair should be thrilled with their Olympic debut performance! And I bet no one was as proud as owner Peter Barry, who competed in London 2012 for Canada with Colleen as his groom. What a story! 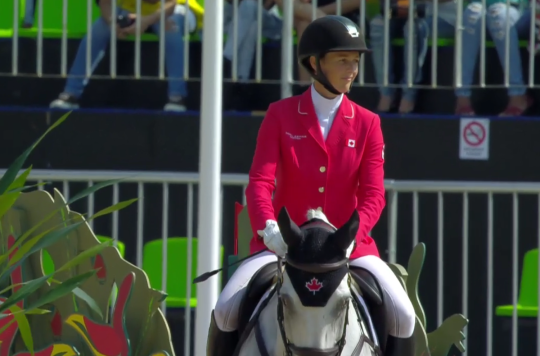 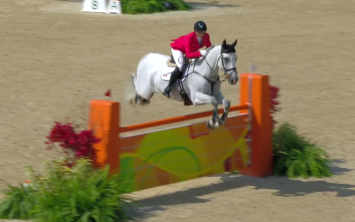 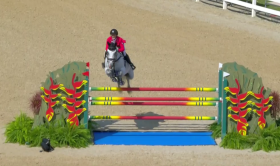 Watch the video of Colleen’s ride.

Easily one of the smallest horses in the competition, but definitely not in terms of courage and heart – That’s the way they breed them in Canada! Jessie guided “Blue Eyes” through the course with tons of energy with only 1 rail at the second last fence. 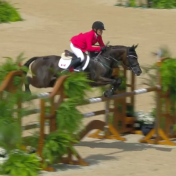 Rebecca and “Rupert” came into this last jumping phase off an amazing cross-country round that saw them only pick up 12.40 time penalties over a super tough course and move them into 15th position. The pressure was definitely on to go clean so as to move forward into the Individual Medal round.

Rebecca is another cool cucumber, and had her game face totally on as she entered the main stadium. The pair cruised around the course looking stylish and showing no signs of yesterday’s huge athletic effort. Double clean put them into the top 10 before the final individual medal round! (and ahead of my hero Mark Todd)

They still looked great in the final individual medal round, but had 1 rail.

Even with that 1 rail, they finished in 10th individually  – an amazing finish in arguably one of the toughest Olympic Eventing competitions since Sydney 2000. Way to go Rebecca and Rupert!!!  And how excited must owner Caroline Bazley of Blithe Hill Farm be about her Canadian-bred horse. 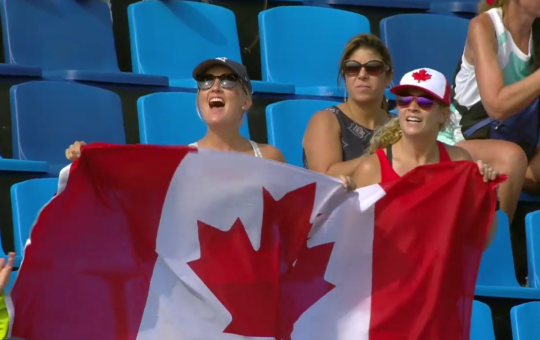 “Blue Eyes” (A Little Romance) celebrates the completion of her first Olympic Games.

It was a nail biter right to the very end in terms of the team medals. In the end, France capped off what has been an amazing year for their athletes by taking the Gold. Heavy favourites Germany had to settle for Silver, and Australia slipped down to Bronze.

Defending Olympic Champion Michael Jung did it again with Sam FBW……it still boggles my mind that Sam was his reserve horse!

Host country Brazil finished 7th in the team competition. It really sucked to see Ruy Fonseca have a very unexpected fall, which resulted in his elimination. He was having a great round up until then, and the stop happened so incredibly fast.

Thankfully Ruy bounced back up very quickly, and being the awesome guy he is he even helped out the jump crew by replacing the top rail he dislodged from his spontaneous dismount.

What a Day! Olympic Cross Country